Rolex Daytona tracked down across the world 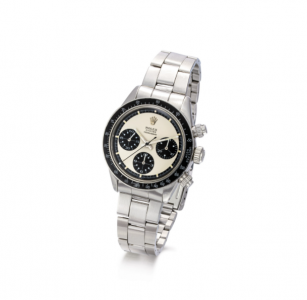 The ALR might be a UK based company but we all know that the art, antiques and watch trade is a very international one…

A recent case that we’ve just resolved centres on a high value prestige “Paul Newman” Rolex Oyster Cosmograph Daytona watch. The Rolex was bought by its Canadian owner in 1972 but stolen in 2017 – before being located in Hong Kong through the ALR’s and our specialist watch service, The Watch Register.

Whilst Rolex is of course a well known name, these watches were not hugely popular at the time that it was bought – selling for a few hundred dollars in the 60’s and 70’s. Now this edition commands prices of more than $300,000 USD, with Paul Newman’s personal one which he wore for 15 years selling for 17.75 million USD at auction in 2017, making it one of the most expensive vintage Rolex ever sold.

The Canadian owner commenting after the case said:

“I was unfortunately the victim of a large burglary in 2017…I registered the watch as stolen on THE WATCH REGISTER (TWR) database in the hope that one day it would reappear. I was delighted to hear from TWR just three years later when they contacted me to advise that they had located my watch in Hong Kong, and I would recommend that anyone who suffers the theft of a watch registers it with TWR.”